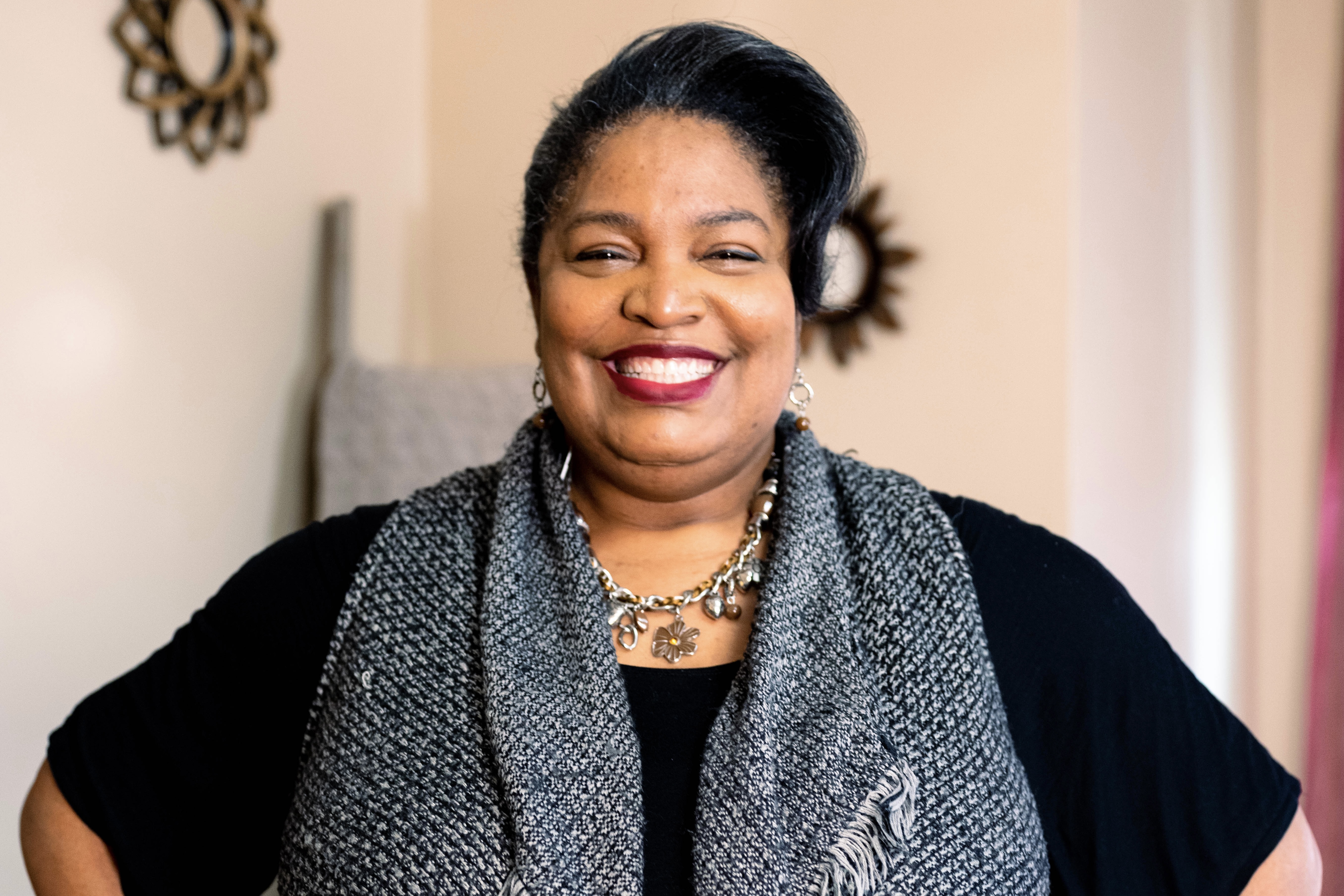 “About 20 years ago, I had started gaining weight. I noticed I had been perspiring under and between my breasts. So, I started stuffing my bra with tissue and paper towel, and it would fall on the floor in a Ushape, and I’d kick it to the side pretending I had no idea where’d it came from,” Jeana Harper-Kirkland, co-owner of the Torso Sweatband explains. “So, I started searching for product. I talked to my dad because I was trying to fix it to a bra, and my dad said, why don’t you make it independent like a sweatband but for the torso?”

Jeana was out to breakfast with a few coworkers when she ran her idea by them. “One of them looked at me and asked how much money I needed. That was Rhonda Johnson, who is my amazing business partner. She was all in. We got us a business name a year after we patented the Torso Sweatband.”

“A few years after that, I was attending a salsa dance class, and I met Eleanore Walker, a doctor who treated breast cancer patients,” says Jeana. “We got to talking, and when I explained the Torso Sweatband, she noted that this was something that could benefit her patients. When they undergo radiation, there’s a side effect in the breast area, similar to the peeling after effect of sunburns. The Torso Sweatband could lift the breasts off the chest wall, minimizing this side effect. She tried it with some of her patients, and the purpose of the Torso Sweatband became so much more than we ever dreamed.”

“Since then, which was back in 2005, we’ve supplied [a local] hospital and clients with the Torso Sweatband. They’re our largest client, but we’ve had the opportunity to bring our product to other hospitals and breast cancer patients. It’s gratifying to know that our product can serve such amazing women. And so many people!”

Jeana reiterates that the Torso Sweatband is for anyone with breasts, but she does note with fondness that it found a home with radiation and oncology. “The Torso Sweatband is Independent of a bra so that it can be worn with or without one,” explains Jeana. “And we’ve done so much when we put our minds to it. We’ve been featured on The DR’s TV show! We canvassed New York City, handing them to famous women, who fell in love and have since talked about it. Whoopie Goldberg being one! We’ve been on a couple of interviews and shows, and it’s always amazing to hear about how excited women are about the product.”

The successes that Torso Sweatband has seen were hard-fought by co-owners Jeana Harper-Kirkland and Rhonda Johnson. “Last year, we won a pitch competition with Michigan Women Forward, and it’s resources like these that have helped the Torso Sweatband and both Rhonda and myself. Before that, we took ProsperUs classes, and our coach Dr. Marcus Harris helped us so much.”

“We had had training before that, but it had been about fifteen years,” says Jeana. “And we needed to fill in the gaps. Life got in the way and still tends to.  Sometimes we’d go crazy, and other times we’d slow down. There’s been lots of starts and stops.”

As for the future of Torso Sweatband Jeana says, “We received money from the Small Business Association grant which helped fortify our business. We have two manufacturers, one in Grand Rapids and one in Illinois. We’re also waiting to hear back about a government contract, and a local government contractor is helping us to become a contractor with the VA Hospitals. It’s been a long process, but we’re about to see big growth.”

As for advice on running a business, Jeana says to “reach out to all the amazing programs we have around the city. They will get you on the right path to starting. There are a lot of places you can go to get a beginning and know-how structure. They can help you in ways you had no idea, and most are low cost or don’t cost anything at all!”

“Make sure you have a support system,” Jeana adds. “Because with this type of work, your relationships can be strained. Especially if you work a full-time job in addition to while you build your business, you need people around you who understand and can support you. Either you won’t be successful in business or lose relationships, and then you have to pick and choose and foster certain relationships. It’s going to be a big-time commitment and a huge one. You’ll be discouraged by not having enough time, money, and energy to do it. If you’re doing it with a partner, know each other well enough so you can talk about it and come to an amicable solution. You’re not always going to see eye to eye. You want to make sure it’s someone you trust, work things out with, and get along with. We were early friends when we first started, but we were mature enough to realize we needed to talk through everything and resolve issues maturely. To this day, we’re the yin to each other’s yang. She’s straightforward, and I’m a little flowery.”