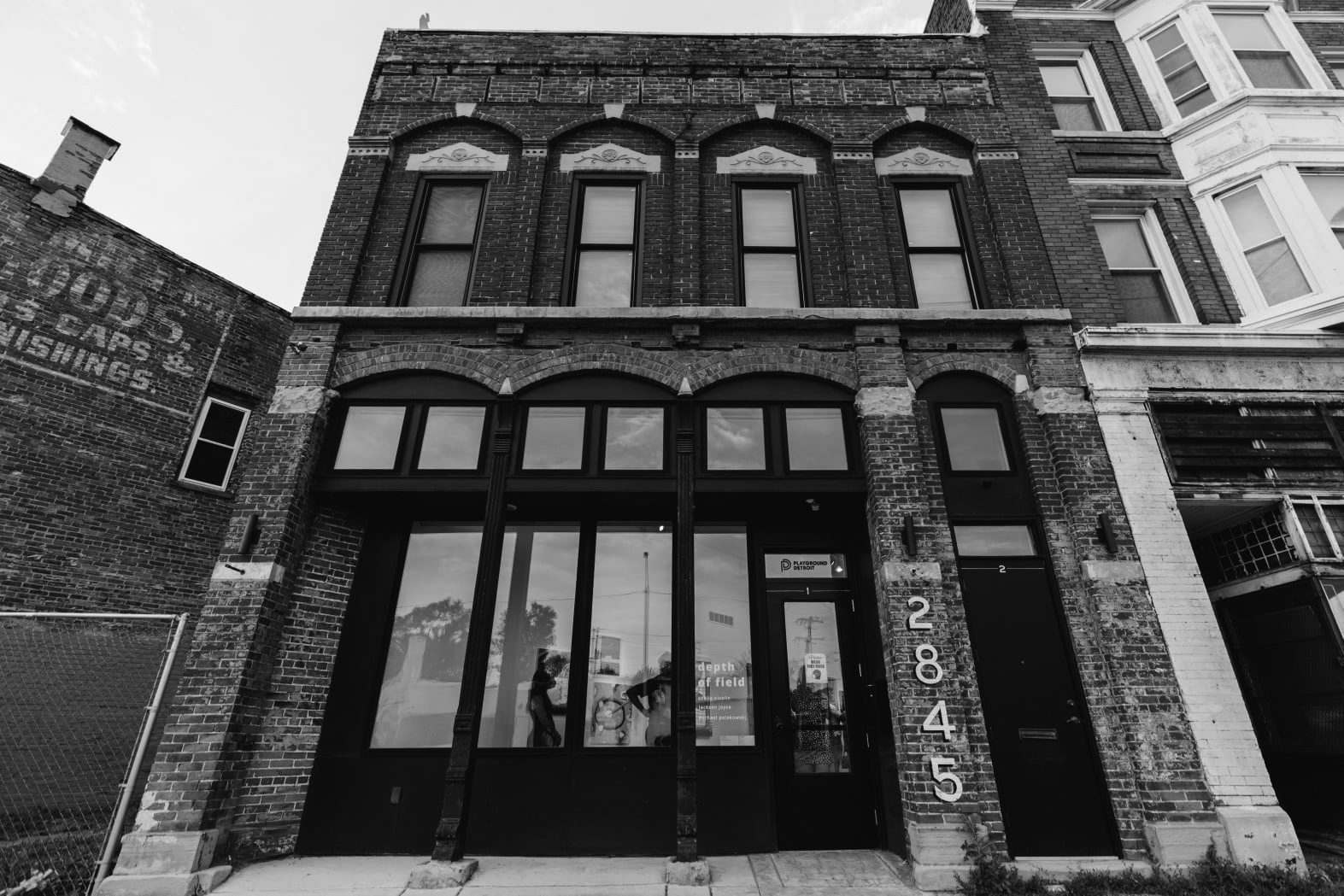 With their innovative and ambitious mindset and eye for all things art and design, Paulina Petkoski and Samantha Bankle Schefman co-founded PLAYGROUND DETROIT, but would never have predicted it when the two first met at Groves High School in Birmingham, Michigan. Petkoski spent several years living in NYC after graduating with her BFA in International Fashion Design from the Fashion Institute of Technology in NYC and Polimoda International Institute of Design in Florence, Italy. Schefman also moved to NYC after receiving her BFA in Metalsmithing from the College for Creative Studies. Schefman was designing jewelry and watches and working as a Gallery Manager when the two reconnected in 2012. While still in New York, Petkoski and Schefman co-founded PLAYGROUND DETROIT and brought Detroit artists out to NYC to showcase their art to a wider audience. Just two years later in 2014, Petkoski and Schefman moved back to Detroit and began to focus on the next steps in PLAYGROUND DETROIT’s growth.

Now, PLAYGROUND DETROIT is an art gallery and creative talent agency with a mission to create opportunities for artists supporting Detroit’s creative economy. They offer a variety of services, including artwork sales, artist management and development, and special projects. PLAYGROUND DETROIT has grown to work with over 200 Detroit-based artists. They uplift artists, inspire the next generation, give back to Detroit through community discounts and partnerships with other community members, leverage the ability of their artists to use their talent for good and positive change, enhance Detroit’s creative economy, and encourage the vibrancy and beautification in Detroit.

To help get to this point, Petkozki and Schefman attended ProsperUs workshops, secured funding from community lenders, won grants, and relied on support from other organizations and businesses.

To learn more about Paulina Petkoski and Samantha Schefman and all the incredible exhibitions happening at PLAYGROUND DETROIT click here and visit them at 845 Gratiot Avenue, Detroit, MI 48207.