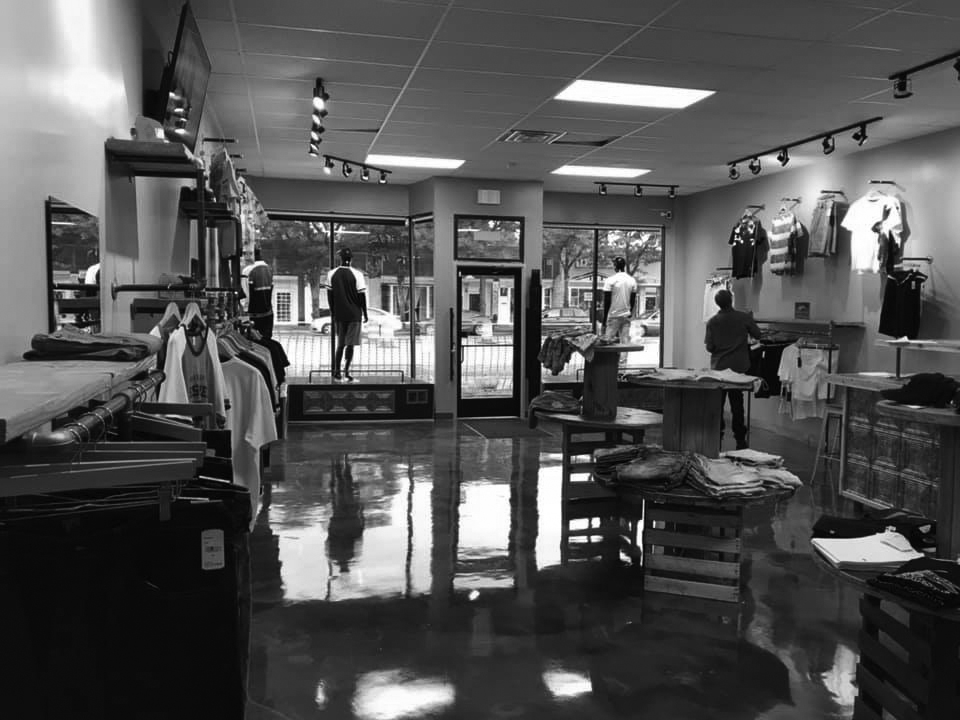 With his entrepreneurial spirit, passion for all things fashion, and big heart, Dhafir Hasan founded Krispy Addicts, a streetwear clothing brand. Hasan had the idea of opening his clothing brand for a long time, always interested in the clothing industry, but revamped his business plan, fine-tuned his work, and named his concept while working with ProsperUs Detroit. The name of the company, Krispy Addicts, holds a double meaning to Hasan. First, as a streetwear brand, Hasan uses words that speak directly to his clients as he works to help them get their fix of crispy apparel. The name Krispy Addicts is also in part inspired by Crispus Attucks, the first American killed in the American Revolution. Attucks, who was Black, is not prominently taught about in school, and through his brand, Hasan wants to bring recognition to him.

Growing up on the west side of Detroit, Hasan always had dreams and plans of owning his own business. After graduating with a degree in business management and traveling to NYC, working with the wholesale industry there, Hasan returned and founded Krispy Addicts. Since its founding, the company has grown to include a sleek online presence and two storefronts, one on Livernois Avenue (Detroit’s Historic Avenue of Fashion) and the other on Woodward Avenue Downtown.

Hasan is more than an entrepreneur. He wants to inspire his peers and youth by showing them how a man from inner-city Detroit with a vision from an early age worked until his goals came to fruition. Hasan uses his connections to the Detroit community to uplift his neighbors. He showcases other businesses’ flyers and business cards and plans to bring in local brands to host pop-ups in his store to help them grow. Hasan plans to follow through on many of his pre-COVID plans to engage with the community, speaking to community members, churches, and students, and giving back to the youth, helping by sharing his skills so that they can fulfill their dreams just as he did.