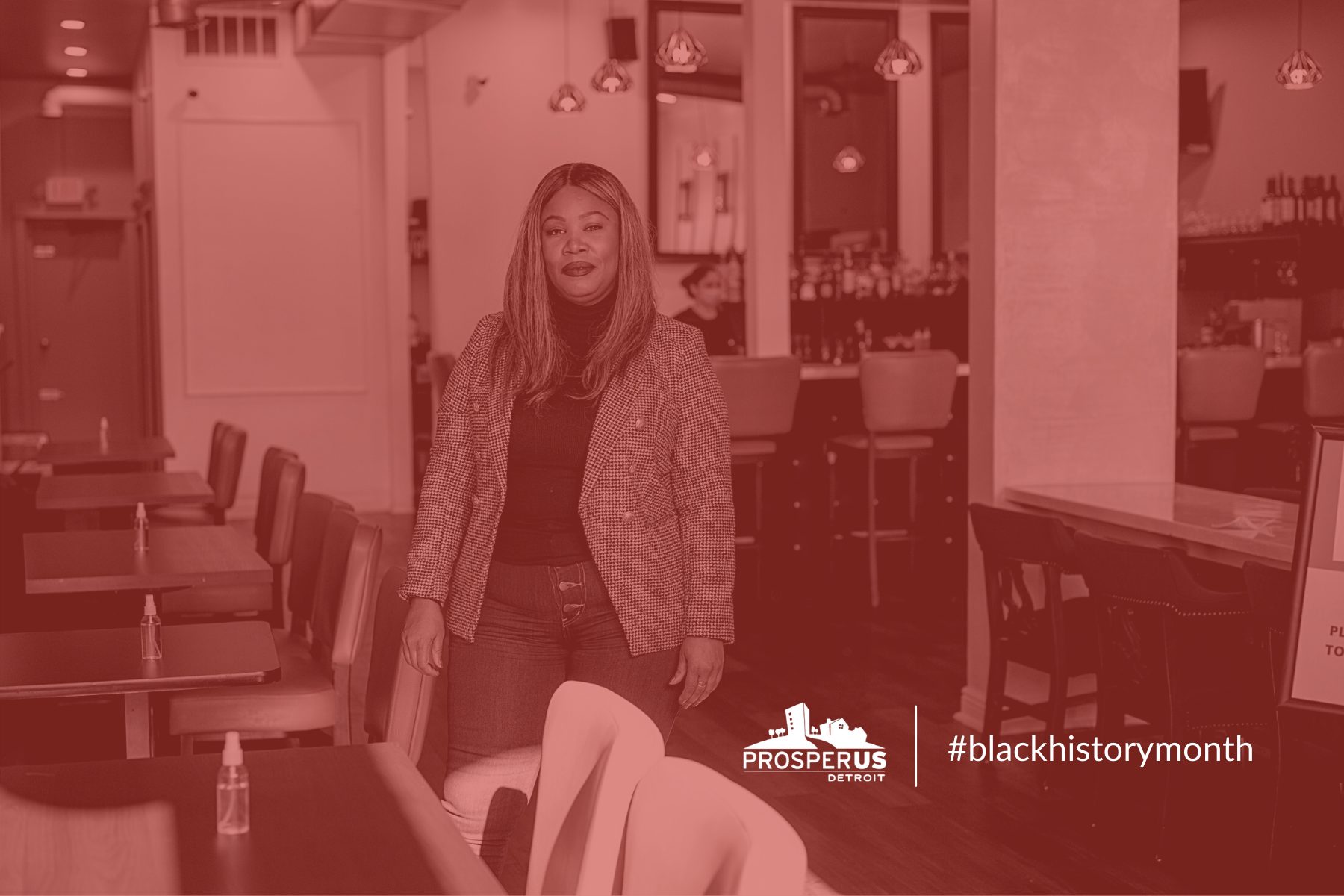 Nya Marshall wanted to create a space within her community that felt welcoming to Black folks, offered healthy food choices, and a comfortable environment, so she embarked on the journey of business-ownership and opened Ivy Kitchen.

Having moved out of Detroit well over a decade ago, Nya settled in Farmington Hills to provide her young son access to an excellent school district but she always knew that one day she would return to her native east-side neighborhood. Once her son had graduated high school and was college-bound, she found herself seeking a sense of community she never felt in the suburbs. Upon returning to the east-side. Nya noticed a lack of healthy restaurants that catered to the Black community.

Nya set off to fill the need for healthy Black-oriented dining options in her community by opening a restaurant but raising the capital to get started proved challenging. After all, it is not uncommon to invest hundreds or thousands of dollars into one’s own business. And in a heavily male-dominated industry, self-funding her dream as a woman of color was not an easy feat, but she persevered. Nya wore many hats; she did her own public relations work, she marketed herself and did her own accounting. She chose Ivy as an “attempt to bring the old Detroit with new Detroit.” As well, the building where the restaurant resides was erected in 1913 and was covered in ivy leaves at Nya’s arrival.

Due to COVID-19, sales have gone down about 80%, but Nya is not backing down. The restaurant now counts with a heated outdoor structure to accommodate guests that she built herself. Her long-term goal is still to make sure everyone has access to fresh food. She believes it is important that people of color have access to healthy sustainable foods.

Follow her on Instagram as @ivy_detroit and visit Ivy Kitchen for a healthy brunch. Support Black-owned businesses today and always!