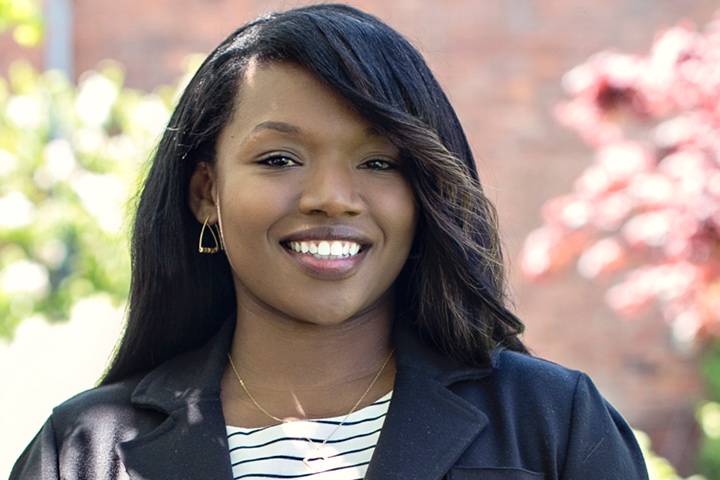 Chanell Scott Contreras is the new director of Southwest Solutions’ ProsperUS Detroit program. Chanell takes over the role held by Kimberly Faison, who left to become program officer at the Ralph C. Wilson, Jr. Foundation. Kimberly had led ProsperUS since it began in 2012, and developed it into a premier program to train and support ethnic and immigrant entrepreneurs wanting to establish small businesses in Detroit neighborhoods.

“I am inspired by ProsperUS’ place-based approach to equitable economic development, and am honored and thrilled to join the ProsperUS team of talented and dedicated individuals who have an incredible track record of assisting aspiring small business owners in the city,” said Chanell.

Chanell, 34, has ten years of experience in community economic development and facilitating innovative partnerships between all sectors to advance equitable opportunities in employment, entrepreneurship, and access to resources. For the past five years, she has run a successful consulting firm that has worked with nonprofit organizations, businesses, and foundations to design, develop and support a variety of programs.

In 2008, after completing a two-year fellowship at Bizdom Detroit, she co-founded and led Guffly, a fair-trade and eco-friendly e-commerce company that featured products from more than a hundred artisans, small businesses, and cooperatives worldwide.

“Guffly deepened my passion about entrepreneurship and its possibilities to build equitable and sustainable economic futures for people,” Chanell said. “It also really taught me about all the challenges that aspiring entrepreneurs have to overcome, and the importance of having a program like ProsperUS to help entrepreneurs become successful.”

Chanell was with Guffly for three years. Before Guffly and Bizdom, she was program administrator of Mosaic Youth Theatre in Detroit. She joined Mosaic after receiving her Bachelor’s from the University of Michigan in Ann Arbor. Chanell also has a Master’s in Public Administration from The City University of New York (CUNY).

Chanell was born in upstate New York. Her family moved to Detroit when she was five after her father took a management position with Ford Motor Company. Not long after his retirement, Chanell’s father passed away.

“My dad emphasized the values of hard work, excellence, risk-taking and perseverance,” Chanell said. “He grew up poor in the Bronx, and he often reminded my sister and me that we enjoyed opportunities growing up that he didn’t have, and we have a responsibility to work for economic equity and help others who are less fortunate.”

Chanell’s mother worked in the nonprofit sector and also started a number of small businesses. Chanell credits her mother for instilling this entrepreneurial knack in her.

Chanell and her husband Jordan have a young daughter and are in the process of buying a home in the city. Jordan is from southwest Detroit.

“It’s very important to us to live in the city and actively contribute to its revitalization,” Chanell said. “There’s no better place than Detroit right now for small business startups. There are so many resources devoted to entrepreneurship, and I can’t wait to be part of the ProsperUS effort!”

This article originally appeared on the Southwest Solutions website, ProsperUS Detroit is a program facilitated by Southwest Economic Solutions.